What is Blood Spatter Analysis?

Blood Spatter Analysis or Blood Pattern Analysis (BPA) is the examination of bloodstain shapes, locations, and distribution patterns, to provide an interpretation of the physical events that gave rise to their origin. 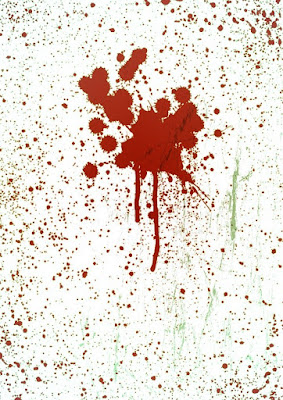 In forensic investigations, it is ubiquitous to encounter blood on the crime scene. This blood can be in the form of a pool, dried stains, spatter, expirated blood, etc. Hence, the investigators are required to understand these bloodstains to interpret the events that have occurred on the crime scene, to create a possible hypothesis of the modus operandi, to identify the type of weapon, the direction of the blow, severity of the injury, applicable forces, etc. This whole interpretation is known as Blood Pattern Analysis or Blood Spatter Analysis.


What are the Types of Blood Patterns?

There are many classifications given by blood spatter analyst around the world. I will be using the most common here, to make it understand in a lucid form. 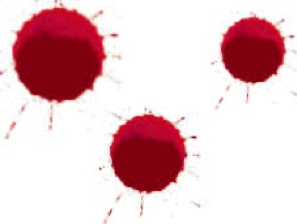 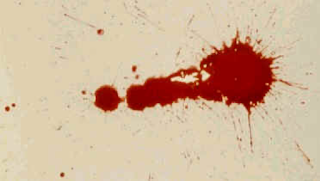 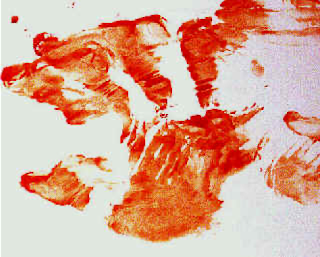 Let me give you hint of some other way to classify and understand this:

Back spatter — blood directed back to the source of energy or force which caused the spatter; often associated with gunshot wounds at the entrance.

Castoff pattern — bloodstain pattern produced when blood is released or thrown in motion from an object carrying blood.

Expirated blood—blood propelled from the nose, mouth, or a wound as a result of air pressure and/or air flow

Impact spatter — bloodstain pattern created when blood receives a blow or force that results in smaller drops being dispersed at random.

Skeleton bloodstain — bloodstain consisting only of an outer periphery after cleaning off the central area when the liquid was partially dry.

Why Blood Pattern Analysis is Needed?

The determinations made from bloodstain patterns at the scene or from the clothing in a case can be used to:

What are Different Velocities Considered in Blood Spatter Analysis?

1. Low Velocity Patterns: These are the patterns where the gravitational pull is up to 5 feet/ second. Such patterns are relatively greater in size.

2. Medium Velocity Patterns: The velocity greater than 5 feet/second and up to 25 feet/second. Preponderant stain size 1 to 4mm. 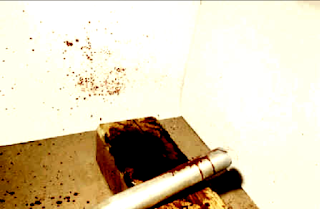 3. High Velocity Patterns: A velocity of 100 feet/second or greater is considered as high velocity patterns. Preponderant stain size 1mm in size and smaller Mist like appearance.

Determination of Direction of Blood Spatter:

If a droplet of blood reaches a perpendicular surface (90 degrees) then the resultant bloodstain is circular. That being the stain will be equal in length and width. Blood that hits a surface at an angle of less than 90 degrees will elongate or have the form of a tear drop. Directionality is usually evident as the pointing end of the bloodstain (tail) will always point in travel direction.

Conceptually, the angle of impact is that between the surface and angle line. Blood that reaches a surface at an angle of 90 degrees will be almost round in shape. The pattern will become more elongated and elliptical as the blood impacts at angles decreasing from 90 degrees.

What are the various factors that affects the formation of particular blood spatter?

How to determine the point of origin of blood spatter ?

Conclusion: The blood pattern analysis is a wide field in the science of investigation. It requires a great expertise in the court of law. As a career, it is one of the best option for the aspiring forensic experts. Often the blood pattern analyst are called in court to explain the cause of spatter, modus operandi, possible type of weapon, and to draw the chain of events.